We are investors specialized in venture capital and real estate club deals. With BULB CAPITAL CLUB DEALS you invest alongside us.

We are entrepreneurs investing our own money in our deals and invite investors to join us. Our focus are technology venture capital investments, mostly in the USA, the United Kingdom and Latin America as well as real estate development projects in Switzerland. We have a strong track record with seven Venture Capital Club Deal exits since 2010 and three successful Real Estate Club Deals since 2015 and a strong pipeline in both fields.

Our CLUB DEAL Investment Model is a perfect setup with direct access to investment opportunities without intermediaries or complex fund or special purpose vehicle structures in between.

Here you can find an article in Finews about our NRG Esports investment and the Esports market in general.

Bulb Capital about SPACs in the Swiss Finance Media

Here you can find the Article in German.

Company – Why we are different

We faced the same issues as other successful business individuals and had mixed experiences in the past, working with traditional financial advisors and investment models. Ten years ago we started to invest our money in investment opportunities in industries, where we personally have professional know-how, experience and personal access to a broad network of experts who we know  from around the world.

When we were setting up BULB CAPITAL, our aim was to avoid capital loss and other negative experiences in the financial industry, which we had to face in the past. Therefore, we defined a set of principles, which will lead us and define the way of how we are working with our co-investors.

Our understanding of a successful investment partnership

Club Deals are used to directly invest into companies or real estate projects, together with other investors. A structure, fund or other entities which hold shares or assets are not used. The investor is able to invest alongside us and appears directly on the cap table of the investment company such as a Silicon Valley startup or a real estate project company.

However, our Club Deals are special, because the shareholders of BULB CAPITAL personally source the deals in the technology venture capital environment as well as in the real estate market. With each investment opportunity we conduct a profound and very detailed due diligence to assess the value of a business and its associated risks. Based on our due diligence findings we decide, if we invest our private money into the deal or not. If yes, we will invite our co-investors to join us, based on the same terms and conditions. We manage our investments very actively and usually invest a sizeable, two-digit percentage of the overall investment ourselves. Therefore, there is always a 100% alignment of interest between us and our co-investors.

We have a long track record in the venture capital field with nine exits as founders & CEO and venture capital investors. Since 2012 we have achieved seven exits. Among them two IPOs with Lending Club and Farfetch and trade sales of companies such as Ubiquisys and Seal Software.

Since the first real estate development project in 2015, we invested in three developments in the area of Basel, with a total of 54 apartments and eight villas. The first exit was from a residential development in downtown Basel, which took place in December 2017.

We think, that makes us special and different.

About us – the people behind the story 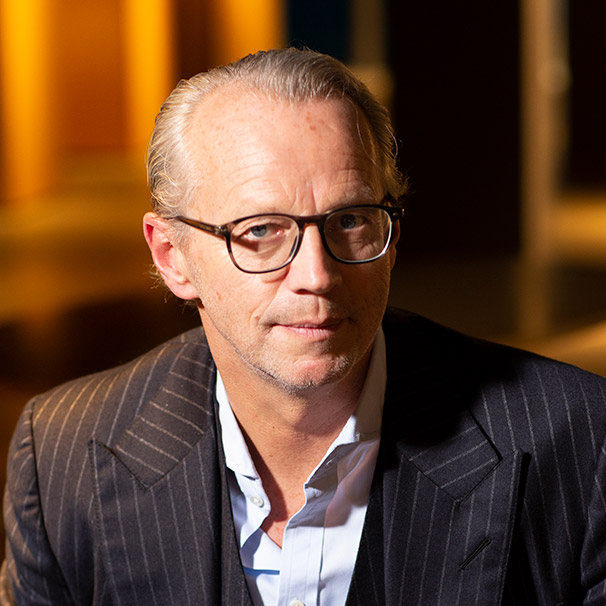 Michael is a serial entrepreneur and investor in the ICT sector. He leads the Venture Capital Club Deals at BULB CAPITAL.
Before co-founding BULB CAPITAL, he was co-owner of Sallfort Privatbank AG, Basel, where he managed the Private Equity, Products & Services division. At the same time, he served as Managing Partner of 5 Continents Consulting Group (5CCG).

Michael has a successful history in founding and growing IT companies. He was the co-founder of Pixelpark, one of the world’s leading internet application companies at the time. In 1999, he participated in the IPO (initial public offering) of the company. In 1998, Bornhaeusser co-founded SDC AG and became its CEO in 2000. SDC developed software solutions in the domain of digital rights management, which are still used by customers such as Nokia, HTC, Siemens and China Telecom. In 2007, SDC was acquired by the US firm PacketVideo (today NTT DoCoMo). He acquired DWS, a Bertelsmann owned content platform technology company in 2003 and sold it to NTT DoCoMO in 2008. He decided to move to the investment side in 2009/10 with his first venture capital investment into Ubiquisys together with Accel Partners, Advent Ventures and other big names in the VC Industry; the company was sold to Cisco in May 2013. Today, he is a board member of several international companies and lecturer at various universities. 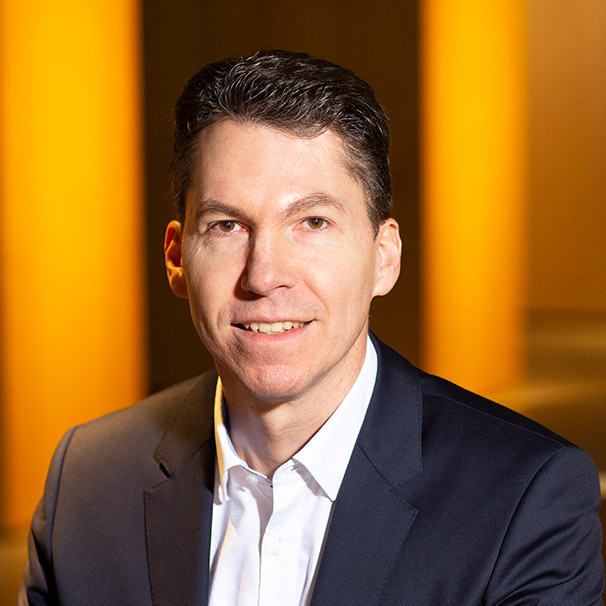 Board Member and Managing Partner at BULB CAPITAL AG

Dominik is an investor in the ICT sector and heads the administration and legal field at BULB CAPITAL. He works together with Michael in the Venture Capital Club Deals department.

Before co-founding BULB CAPITAL, Dominik was a Director at Sallfort Privatbank AG, Basel, where he served as deputy head of the Private Equity, Products & Services department and was the fund manager of three Sallfort Equity Funds. He was a Founding Partner of the consulting firm 5 Continents Consulting Group (5CCG).

Dominik Joos has a background in finance and legal and, prior to joining 5CCG and Sallfort, served as Managing Director PacketVideo Switzerland AG (today NTT DoCoMo) with global customers and partners such as AT&T, Telstra, Nokia Siemens Networks, Telus, Rogers, TeliaSonera, Microsoft, AOL, Telefonica, RealNetworks, Vodafone, Dolby, Motorola, Nokia, HTC, RIM.
Together with Michael Bornhaeusser, he decided to move into the private equity investment sector in 2010 with his first venture capital investment into Ubiquisys together with Accel Partners and Advent Ventures. Ubiquisys was sold to Cisco in May 2013. Today, Dominik Joos serves as Director of the Board and/or Board Observer in several international companies.

Board Member and Managing Partner at BULB CAPITAL AG

Prior to co-founding BULB CAPITAL, Patrick was the CEO of Regent Lighting for 15 years, a family-owned company, of which he is still a member and delegate of the board and an active shareholder. Running Regent Lighting, an international building supplier, Patrick established a vast network within the construction and real estate industry over numerous years.

He actively works with his professional network consisting of architects, construction companies, general contractors and real estate agents for the sourcing and the execution of real estate projects.

Patrick founded PDP Capital in 2015, a real estate investment company, which is focusing on the development of residential real estate projects in Switzerland. The demand for buying modern, newly built housing will continue to thrive, since there is still a relatively low availability of new living spaces in specific areas of Switzerland.

So far, PDP Capital invested successfully in 3 real estate developments with a total of 54 apartments and 8 villas. In addition to his family business and real estate activities, Patrick is also a board member of other privately held companies as well as a member of the Chamber of Commerce of the Basel area.

We are focusing on two investment sectors, where we have an excellent track record!
Venture Capital Club Deals and Real Estate Club Deals

Venture Capital Club Deals – what we have done so far

The first venture capital Club Deal was initiated by Michael and Dominik in 2010. It was an investment into the UK based telecommunication technology company Ubiquisys. Michael was asked to join the board of Ubiquisys by Advent Ventures’ general partner Frederic Court after Michael sold his software company DWS in 2008 and survived the post merger integration phase. Being a board member alone was not what Michael wanted, he wanted skin in the game and he requested to be an investor and a board member instead.

The major investors of Ubiquisys were the who is who in the global venture capital industry: Accel Partners, Advent Ventures, Atlas Ventures. After discussing Michael^s proposal, they came back and welcomed him as an investor, to join the investor majority. Michael called a few friends and invited them to join him in this new investment opportunity, using the “CLUB DEAL MODEL”. They invested with Michael and the “VENTURE CAPITAL CLUB DEALS” were born. Only three years later, Ubiquisys has been sold to CISCO for USD 310 Million.

In the meantime, 11 companies have been financed through 16 investment rounds since the first Club Deal in 2010. All of them through the Venture Capital Club Deal Model. Michael and Dominik invested about 120 Million USD together with their co-investors.

In 2012, Michael brought the Venture Club Deals as a shareholder into the new established Sallfort Privatbank, where Michael and Dominik have been running the Private Equity business over the last seven years. Now the business has been acquired by BULB CAPITAL AG to continue the success story.

Seven exists have been achieved since 2010 with an average return of three times the invested capital and an average holding time of three and a half years. See more under “Track Record”.

We are focusing on areas, that show a lack of availability of new and modern living spaces. Other areas of interest are neighborhoods, which are undergoing significant demographical changes. Furthermore, we focus on „up and coming“ neighborhoods with a potential for upselling, compared to the existing standard of living and pricing.
You will find relevant project examples under “Real Estate Track Record”.

Last and Important  – The FEES

We invest our own money under the same terms and conditions as our co-investors and we take great care, since we can’t afford to lose it.
Therefore we have a simple, transparent and entrepreneurial fee model.
We are happy to explain the details, just contact us personally.